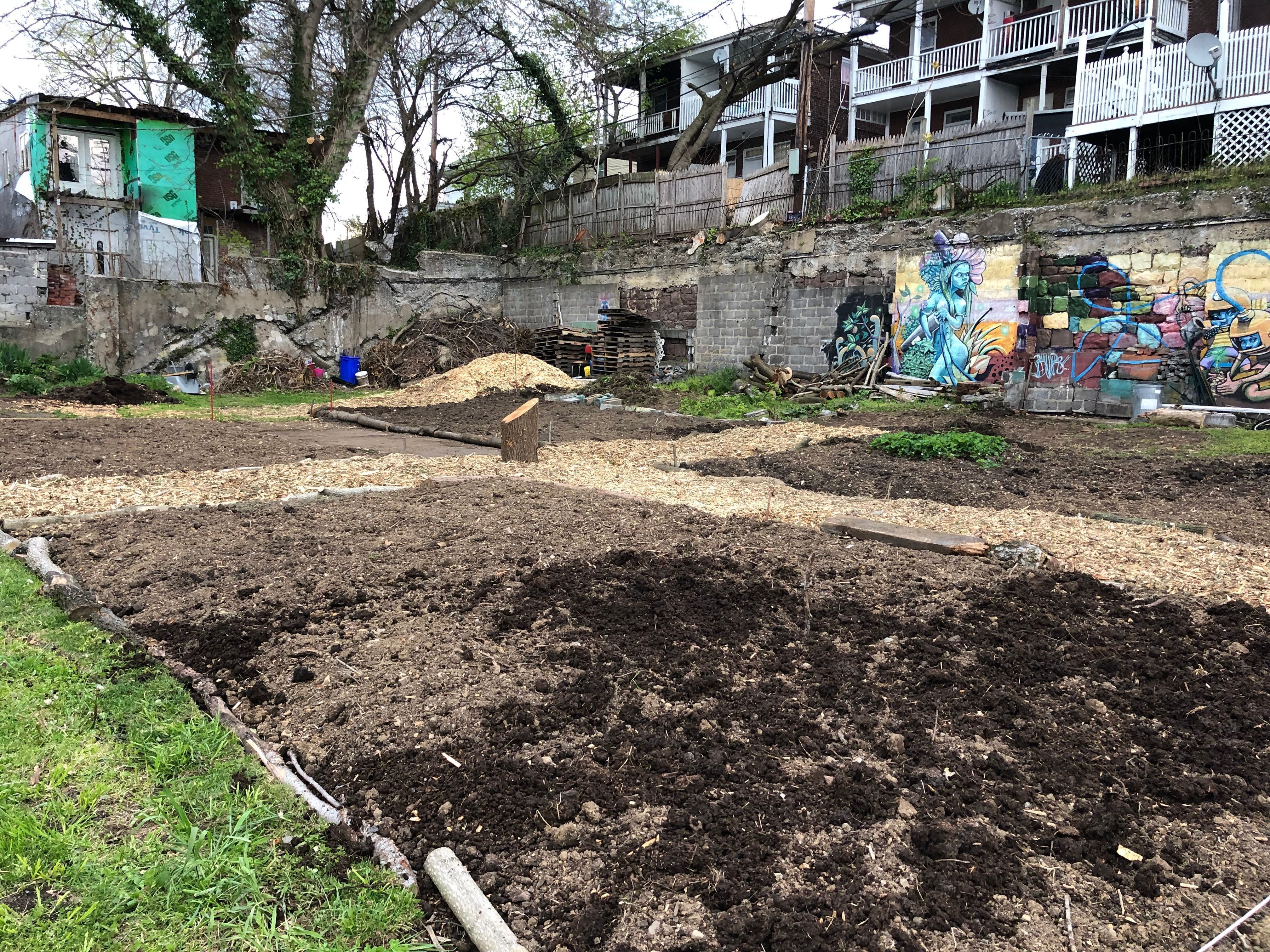 Last fall, the land under the Atlas Street Community Garden went for sale.  Green Urban Initiative (GUI), the organizer of the garden at the time, had no plans to purchase the land. Gardeners became concerned that the garden would be neglected and abandoned. In January Dan Miller, City Treasurer and proprietor of Miller Dixon Tax Accountants, successfully purchased the land to continue the community garden.

In March, GUI removed all 24 raised beds and 2 water tanks. This gave Dan and the other gardeners an opportunity to reshape the garden. The first project was to clear all trees that were growing wildly on top of the east wall.  Most of the trees were leaning over the garden and shaded valuable garden space.  With the help of a volunteer, PP&L and a professional tree trimmer, these trees were successfully removed.

After the trees were removed, the next step was to remove troublesome landscape fabric that was under the entire area of the previously raised beds.  It was a mountain of work, but with some help, the soil was moved and the landscape fabric removed.

A new garden was built, doubling the prior growing area. The garden now has four large quadrants which have been divided into plots to meet gardener requests.  Two wide wood-chip covered paths separate the four quadrants running east-west and north-south.

Despite the progress, much work remains to be done.  Future 2020 projects include: fence, parking, water tank, compost station and general clean up.  The goal is to make the garden a favorite destination.

Gardeners are busy planting, but there is still some space available.  Interested gardeners can reach out to Dan at 717-756-2469 for more information.